It’s good to talk*. But conversations in person can be more intimidating than keyboards. Most of us who work in international marketing or communications spend more time typing online than chatting in real life.

To make it easier to find and meet prospective clients, colleagues, employees and business partners, some friends of ours in Madrid started a Facebook group (yes, I know Facebook is online too but keep reading) called InterCom Spain.

I’ll wait while you go and join the Facebook group. Don’t forget to come back here.

Hi again, where were we? Ah yes. Well, the Facebook group was followed by some fun and informal networking meetings for members, where contacts were made, deals were struck and drinks were drunk. They went so well, my friends suggested that I help out with the running of the group and extend the network to Catalonia.

And so (*cue dramatic music*) InterCom Barcelona was born.

The first meeting was held in the craft-beer heaven of NaparBCN in late November. Everyone enjoyed it so much we’re going to do it again in the last week of every month, starting after the Christmas and New Year break.

The next InterCom Barcelona event will be held on Wednesday, January 31st 2018 in NaparBCN. It’s for anyone who works in marketing, public relations, copywriting, journalism, translation, multimedia production, or other related fields. It’s also for those who’d like to work in those fields and for those who needs the skills of people in those fields.  We’re a friendly, multilingual lot so whatever language you speak, you’ll find someone fun to talk to.

We’ll see you there!

*For non-British people, “It’s Good To Talk” was for many years the slogan of telecommunications company BT. Invented by advertising and copywriting legend David Abbot (read the story of the campaign here), the phrase entered everyday British English vernacular after a series of ads starring actor Bob Hoskins. Say it in a cockney accent for best effect. 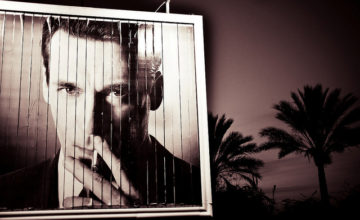